Aretha and Singing for Freedom 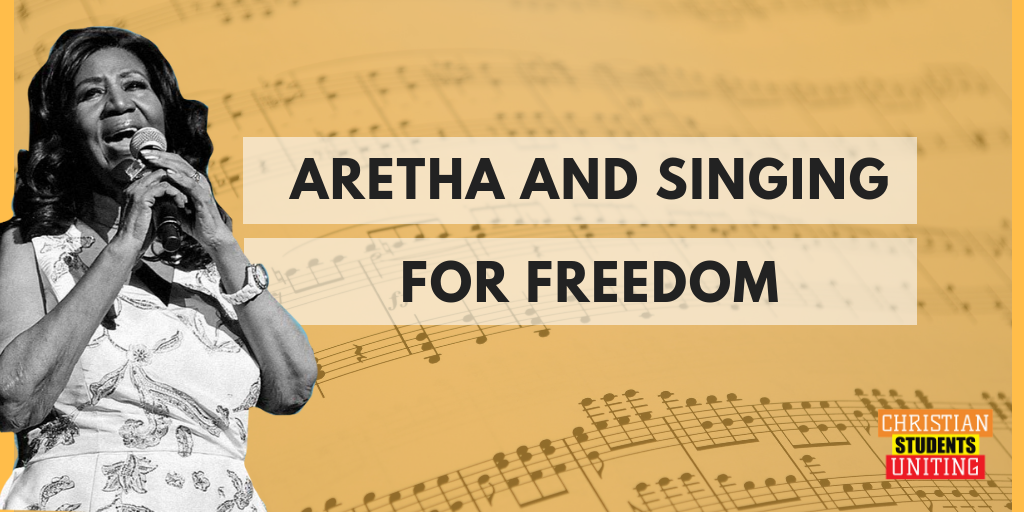 Continuing our blog series on music, art and faith - CSU Mission Worker Andrew McCloud reflects on the passing of the great Aretha Franklin, her role in the Civil Rights Movement and how music is an expression of our humanity.

A couple of weeks ago when Aretha Franklin passed away, Shaun King - African American Activist and organiser posted,

“She wasn’t held up as an activist, but she was. She not only supported the Civil Rights Movement, but the Black Panthers and other activists throughout the generations.”

And the one song Aretha is probably most well known is “R-E-S-P-E-C-T”. As Shaun King says, “Deeper than that, she made music that was rooted in a healthy self-esteem for herself and for Black folk in general.” For women and black folk.

And we call her Aretha, as if she only had one name like “Cher” and somehow I think it’s also a marker of the affection we hold for her. It’s familial, we feel close to her as she expressed in her voice something that we all felt we could connect with.

I am community organiser, in the tradition of, Shaun King, Rev Dr Martin Luther King and Barack Obama. In organising, we look for leaders who have “anger”. Anger comes from the Norse word “ang”. It’s the sound you make when someone has died, “AAANNNNGGGG!” It is a groan. It is grieving for something that has been lost.

From the moment we’re brought into the world we are singers. We take our first breaths… deep, profound, unyielding. We exercise those lungs and let loose a vibrant and powerful cry announcing our presence to the world. It is natural to us. It is primal.

I’m a singer. I’ve been singing probably most of my life but started having lessons when I was 14. I sung my way through high school, through my Arts degree in the musical society at my University and then went back and completed a Bachelor of Music majoring in Voice. I write songs…sometimes, and I sing in an a cappella Gospel choir, “Café of the Gate of Salvation”. I’m a bit obsessed with singing technique and can talk for hours about the use of your larynx, soft palate, false vocal folds and how they are a part of singing. 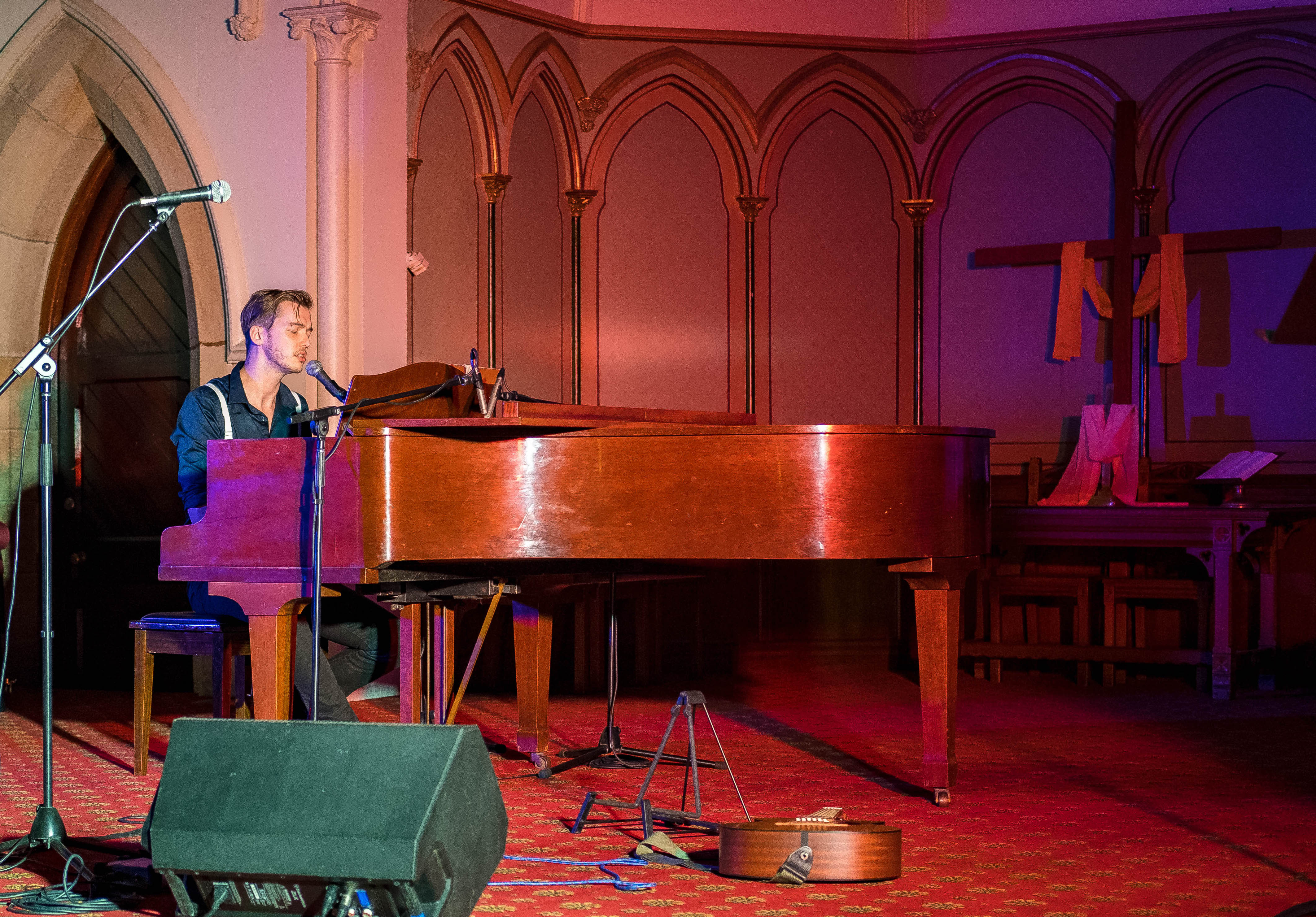 Singing is something that comes naturally to us, whether we think we’re good at it or not. Is it any wonder we stand in churches singing together, or stand in front of our favourite bands singing with them?

In the Civil Rights period musicians and activists like Joan Baez, Phil Ochs, Aretha Franklin and Mahalia Jackson gave the USA and the world anthems to the struggle for civil rights: “We Shall Overcome”, “How I Got Over”, “R-E-S-P-E-C-T.” These songs and others like them changed the course of a nation. Music and singing brought people into the fold. They won people over through music as they fought for rights and peace - using songs to denounce the war in Vietnam.

Creative expression is a marker of freedom and creation. Singing is an affirmation of our common humanity. It professes the truth that we are all connected to each other through love, and that our stories are equally bound together. Our fates are woven into a fabric of the affect our choices have on the world.

So crying and groaning are two sides of the same coin as singing. They’re just unordered, atonal melodies with undefined pitch. And pitch itself is a relative concept.

We might not be inclined to, but I think collectively human beings would be better off understanding ourselves fundamentally as creators. At our most human, we are creators.

Singing creates a sound. Movement creates a dance. And sex…(we’ll use “make love” as a euphemism so there’s less pearl clutching), is LITERALLY CREATING.

All of these are modes of expression like crying and groaning. They’re primal. They come naturally to us. Aretha understood this. Trust me. Watch her Divas on VH1 performance (below) with Celine Dion and Carole King and skip to the bridge.

Creativity exists in a cycle of creation spurring on inspiration and inspiration spurring on creativity, which is why oppressive governments shut down art because they’re afraid that it will generate new or even terribly old radical ideas about freedom. Nazi Germany and France in occupation during World War II are a good example of this. As Jazz emerged as a new genre of music - found in the fusion between the micro tonality of African American music originating in Africa and the virtuosic styles of classical music - there were underground jazz clubs all through Occupied France. Which is to say, they were underground because they were illegal and the leaders of Nazi Germany were terrified of them.

You might be reading this thinking, “oh that’s nice, love is primal but so is anger and look at what that does”. Anger is also primal. Anger protects, it lets us know what we care about. Anger is a form of expression. Is it any wonder heavy metal is a popular genre of music?

My point is we are creators.

But economies are not natural. They are systems we create that enable us to form cities and societies, but they aren’t natural to us and they come with SO many problems. These systems drive us to do stupid things like lock human beings up in concentration camps in Nazi Germany and modern day Australia, not create enough affordable housing and let people sleep rough, and enabling the rich to get richer while many of us struggle day to day financially. When we buy into these inhumane narratives of queue jumpers, bludgers and sloths we perpetuate a disconnection from the things that come most natural to us: love. Creating. And so we cry and groan in response, naturally.

Andrew McCloud is a Mission Worker for Christian Students Uniting at The University of Sydney. Andrew has a Bachelor of Arts degree in Politics and Anthropology and also a Bachelor of Music majoring in vocal studies.