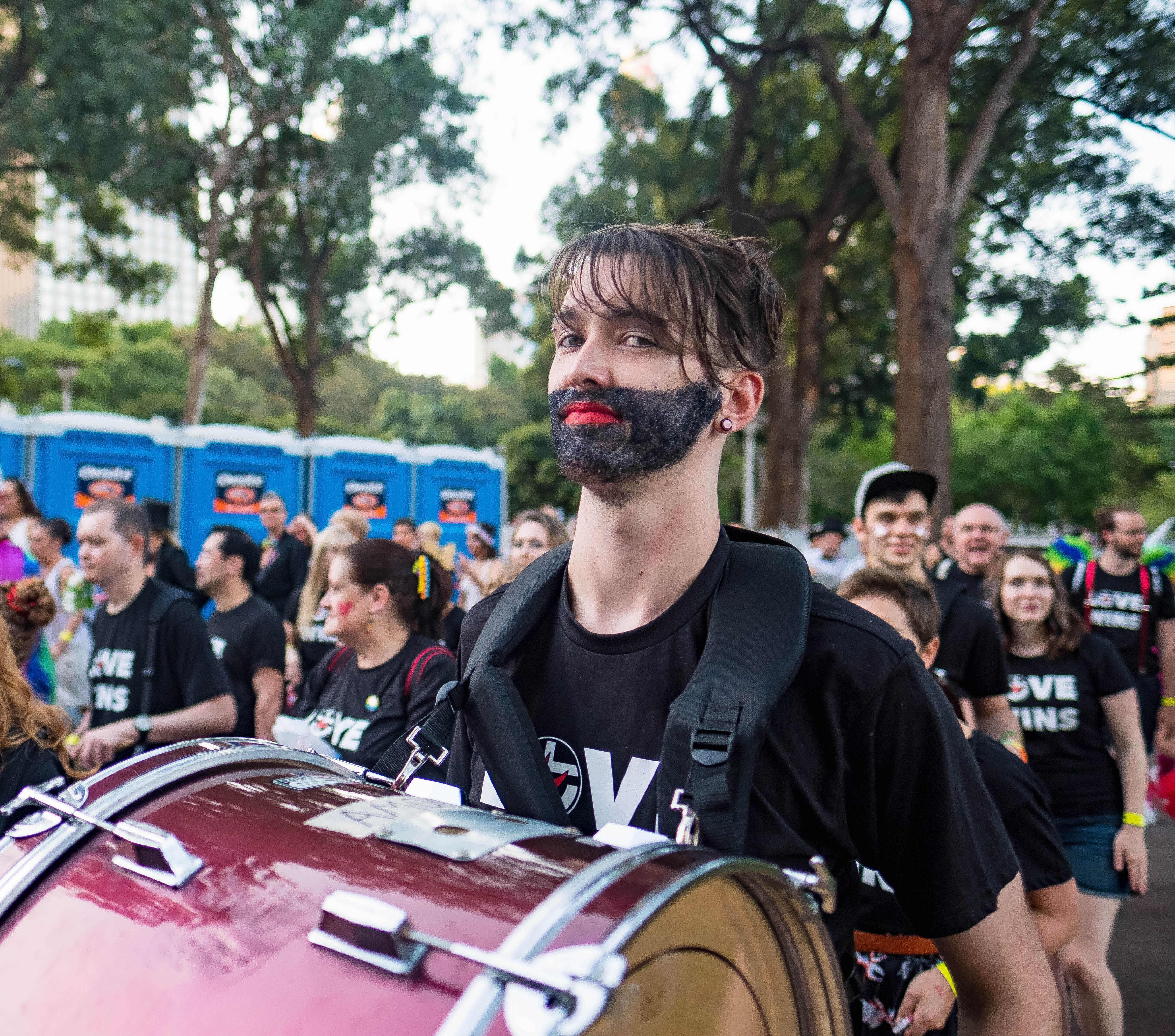 Being gay and a Christian often feels like I’m constantly having to justify a series of contradictions to people. There’s an expectation that it’s difficult for me to be gay in a Christian environment, but in fact, in my social and dating life these days I spend more mental and emotional effort coming out to people as Christian than I do coming out as gay.

This is for a number of self-evident reasons. The church has spent a long-time persecuting LGBTIQ people, and so, being part of that community, when it comes to dating and telling someone you go to church, I have learned to expect, “why?” That question often comes with a look of disdain, complete confusion or scepticism at my rather niche existence.

In fact, this tension doesn’t just exist in my dating life but it also extends to my work life. I work as an assistant chaplain to the Uniting Church in Australia (UCA) student group at the University of Sydney, ‘Christian Students Uniting’. This means operating in a building with other student groups who I will overhear conducting studies where they say things like, “homosexuality is wrong because it’s God’s law.” In those moments, I want to crash their study, and tell them: “your hermeneutics are basic".

These parts of my life create a fair amount of anxiety. And yet, how do you pass up on the traditions of your life that have helped shape you? How do you ignore the traditions that helped cultivate you and at one time saved you from the pits of social ostracization that existed in the depths of high school? I’ve seen plenty of friends ‘pass up’ on their faith, or their beliefs evolved beyond what they feel is the rigidity and problems of organised religion. And yet I’ve stayed and I haven’t stayed just to occasionally attend church on Sunday.

I feel like a minority in my dating life, in my work life, and in my faith life.

Despite this, I’ve dated enough guys to know that faith continues to shape and be a part of many gay men’s lives. Whether its Catholic, Christian, Hindu, Muslim or Jewish. There are plenty of us out there in the LGBTIQ community who are wrestling with what it means to be people of faith traditions that for the most part do not affirm our sexual diversity and gender identities.

Somehow in the midst of all this anxiety, I’ve decided to march in the Sydney Gay and Lesbian Mardi Gras for the last three years. My faith has gone beyond church on Sunday to the point of declaring my faith in the middle of Oxford Street, on national television and in a sea of gays, strangers, and tourists. In such a moment, you’ve got to wonder how on earth is that helpful for my anxiety?

Well, the tone of Mardi Gras is the key to the shift. Mardi Gras is and isn’t about me being a Christian AND being gay. Where we come from matters as we celebrate who we are, but it isn’t a pre-requisite to our acceptance and the celebration of your identity.

I think this is something of a contentious point with where the Sydney Mardi Gras exists today. Some people feel it has sold out to capitalism – it isn’t the protest that it used to be. The big banks who heavily invest in fossil fuels are given a float, and the Liberal Party that put us all through a horrendous postal survey are there year in and year out. These are worthy critiques and deserve our consideration.

And this example illustrates very well what it means to be a part of the UCA. We constantly live with this tension of disagreeing but staying together. In 1988 when Uniting Network first marched in Mardi Gras they marched without the broader approval of the church; to the point where they had to cut out the UCA church symbol– the dove in front of the crucifix.

Since then, the UCA has given its approval to marching in Mardi Gras, allows LGBTIQ ministers to become ordained AND we are hoping at this year’s National Assembly in July will give them the power to marry those members of congregations who are in loving, committed same-sex relationships.

Okay, I hear you ask, so the Uniting Church is cool with you marching in Mardi Gras, but you don’t even have their approval to get married – so why march under their banner?

Because, like the women, people of colour and trans men and women have kept telling us during award season in Hollywood this past year – REPRESENTATION MATTERS.

This was my third year marching and it was by far the most overwhelming and special of the three. I was lucky enough to have my sister alongside me this year. She is an ally and an incredibly special person to me. Just ten years ago it would have been unthinkable that we would have attended Mardi Gras, let alone marched together. And yet there we were, walking down Oxford Street together.

Our public witness in Mardi Gras involves a rag-tag drumming core. With our twenty drums, we set out to differentiate ourselves from the rest of the ‘poof doof’ (just to clarify I live for poof doof), rainbow colour, fleshy, sensory overload experience that is most floats. We wear black and paint ourselves in red and white – the colours of the UCA. In previous years we’ve deliberately brought a more solemn feel to the parade, marching to highlight the plight of LGBTIQ refugees. This year we sought to contribute to the party with more lively beats, nevertheless just as loud.

I had a bass drum harnessed to my torso this year, with my hands laying down the thick beat on my sides, my gaze set out amongst the crowd. As I did I would spot people amongst the bleachers, catch their eyes, and send them back my smile. As we marched further and further up the hill of Oxford Street, I saw countless warm greetings that said one word: thank you. I saw a friend of mine in our float run over and hug someone in the crowd. There were people everywhere who knew the uniqueness of having a church march in the parade, and they appreciated our presence. I also saw plenty of people who were indifferent, unsure or uncomfortable, and these are also fair and understandable reactions.

As we would reach a new portion of the crowd often another cheer would rise up and as we moved further up the hill the road began to narrow slightly as we made it toward the turnoff from Oxford Street and where the media gathers for the parade. At this section – the path narrows and then suddenly opens up again – there are fixtures of colour everywhere, cameras overhead and to the side, thousands of people lined along viewing platforms.

The crowd was cheering, the drums were beating and as the road began to narrow, suddenly fireworks went up in front of us. A spectrum of colours exploded in the pitch-black sky, amplifying an already glorious scene. As the fireworks went up I felt my identity being celebrated. 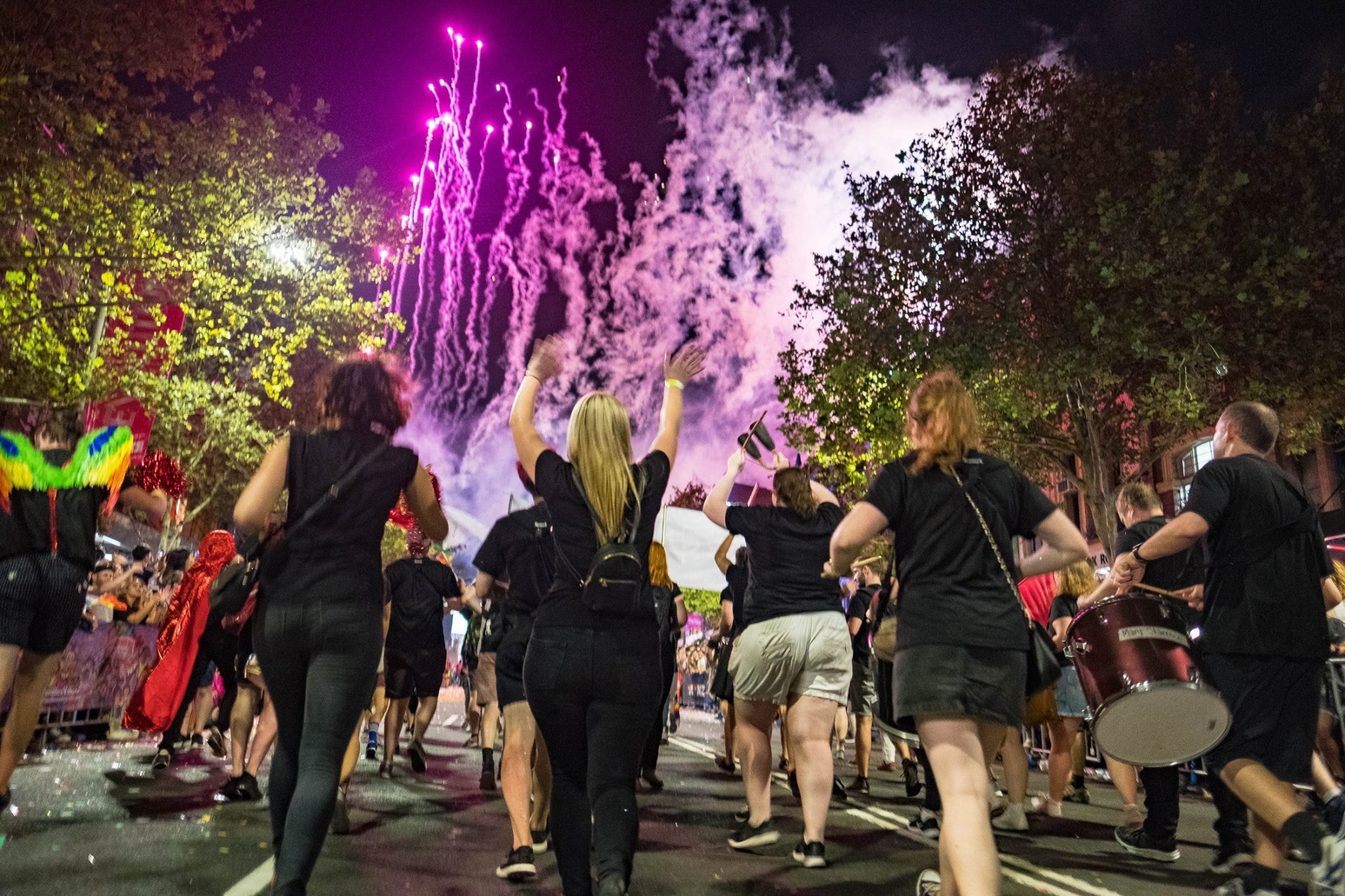 We passed the huge section of the crowd that surrounds the media, and as we headed toward Moore Park I expected to see the crowd begin to thin and the energy would slow down. But it didn’t. The crowd was thick – far more than it had been in previous years. I guess something about the 40th anniversary of Mardi Gras maybe. The crowd continued to cheer for us and I was overwhelmed by the love, the history, the culmination of a struggle that amounted to marriage equality at the end of 2017 and I began to cry.

It matters for the country kids coming from conservative towns in rural Australia who have grown up in church and don’t know that their faith can coexist alongside their sexual identity.

It matters for the Pacific Islander communities, a large contingent of the UCA, whose youth want to see their churches take on an affirming stance.

It matters for people of other faiths who can see that organised religion can wrestle with ancient texts, contexts and historical misinterpretations, and come to a resolution that might not always be neat, but ultimately looks at an individual and sees that they are fearfully and wonderfully made.

It matters because had I ever been brave enough to attend Mardi Gras as a 16 or 18-year-old, I might have seen that churches do exist that would embrace me completely as I am.

And it matters because the CHURCH for all its failings MUST be a part of reconciliation. Not just a token apology but actively working to restore the lives of the people it seeks to invite into its doors. We must make reparation for our past wrongs and we must bear public witness to the truth we seek to proclaim that, “God is love and we see that most perfectly in the love of Jesus.” 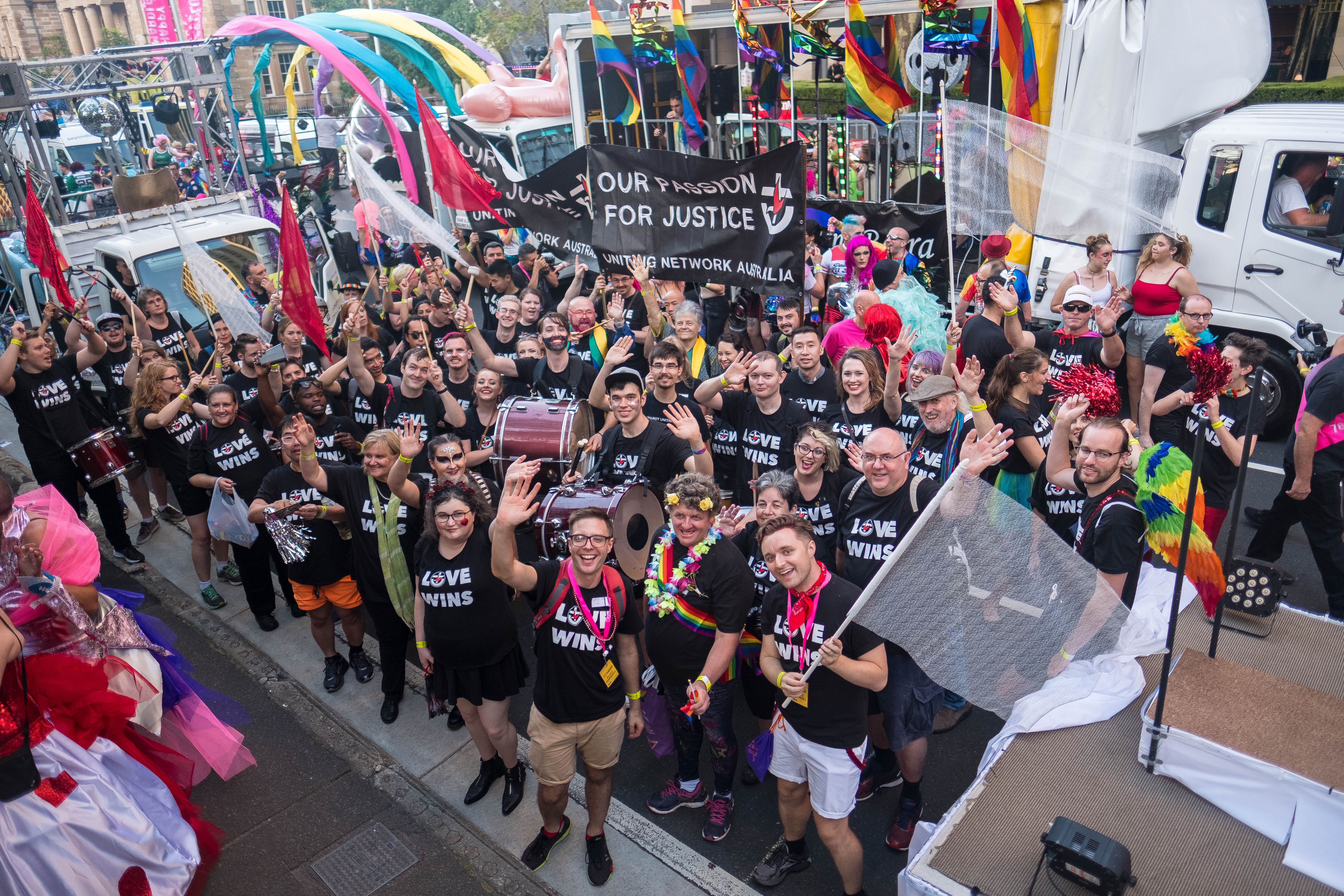