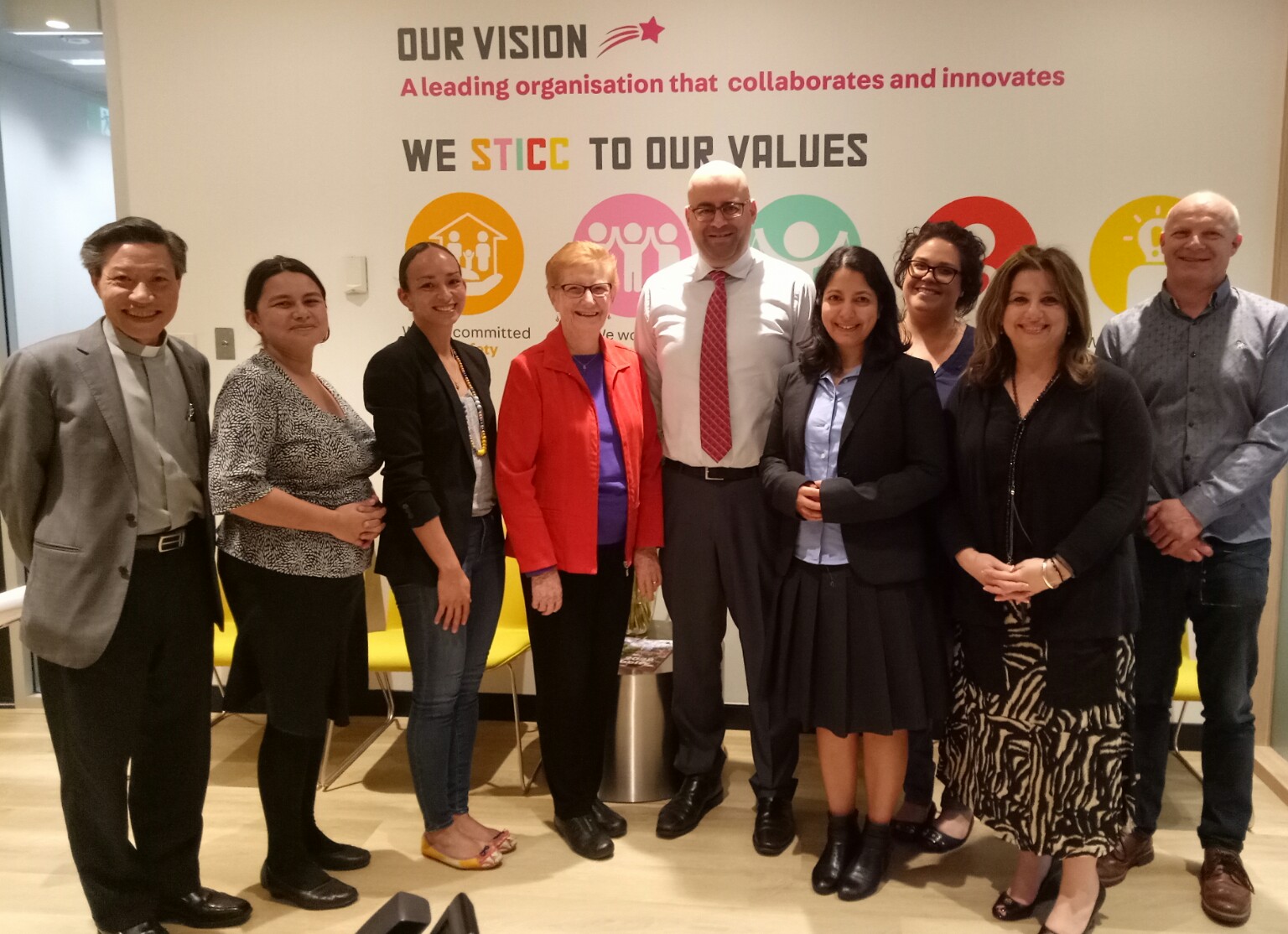 For the first time in Australia, a Local Sydney Council will provide free Early Childhood Education & Care (ECEC) to families seeking asylum. Representatives from the Uniting Church and Christian Students Uniting were proud to join the Sydney Alliance team that campaigned for this significant decision.

Imagine fleeing your home due to a conflict you have taken no part in or because of your religious or political views. Uprooting your entire life; leaving all you know and most of what you own. Being forced to escape your home and your community.

And then, due to a lack of alternative options, having to make the incredibly dangerous journey, often with your family, across continents and oceans, only to arrive in a country that views you as a burden and is largely unwilling to understand your experience.

For people and their children who’ve sought safety in our community, and are living on bridging visas, life can be full of uncertainty and instability.

These families want to work and contribute, as they did back home. They also want their children to have the opportunities that education provides. However, due to their visa conditions, this can be incredibly difficult.

A few things to remember:

Through a series of community conversations with people seeking asylum about the challenges they face, it was highlighted that people on bridging visas have no access to the Federal Childcare Subsidy – seriously limiting their capacity to enrol their children in early childhood education and care (ECEC). Without the subsidy, they would have to pay up to and beyond $100 per day, per child, making this out of reach for the vast majority.

In most circumstances, balancing work and study for any parent with limited family or community support can be extremely difficult. Add to this the uncertainty of a bridging visa, the lived trauma many of these people have experienced, limited English language, limited support and no ability to place one’s children in ECEC. These factors and others make it all but impossible for these parents to work or study and places the children at a significant educational and developmental disadvantage.

Alongside other organisations in the refugee sector, Sydney Alliance has helped win affordable access to public transport, and free TAFE for people seeking asylum. These wins, however practical, are small steps in a longer journey to justice. And so, a team of leaders from across Sydney Alliance’s diverse organisations formed to research the dense set of issues that sit around the experience of people seeking asylum in Sydney.

In response to these conversation about the lack of access to ECEC for people seeking asylum and the disadvantage this creates, a team was formed to work on this.

Early Childhood Education and Care (ECEC) is the foundation of a child’s development and education. Research makes it very clear that children who have had the opportunity to participate in ECEC perform better socially and academically, and that children with a disadvantage show the most benefit.

In trying to identify local solutions to this problem, the People Seeking Asylum ECEC team engaged in conversation with Canterbury-Bankstown Council, with the support of local leaders from religious, union and community organisations, as well as Jesuit Refugee Service and the Asylum Seeker Centre. 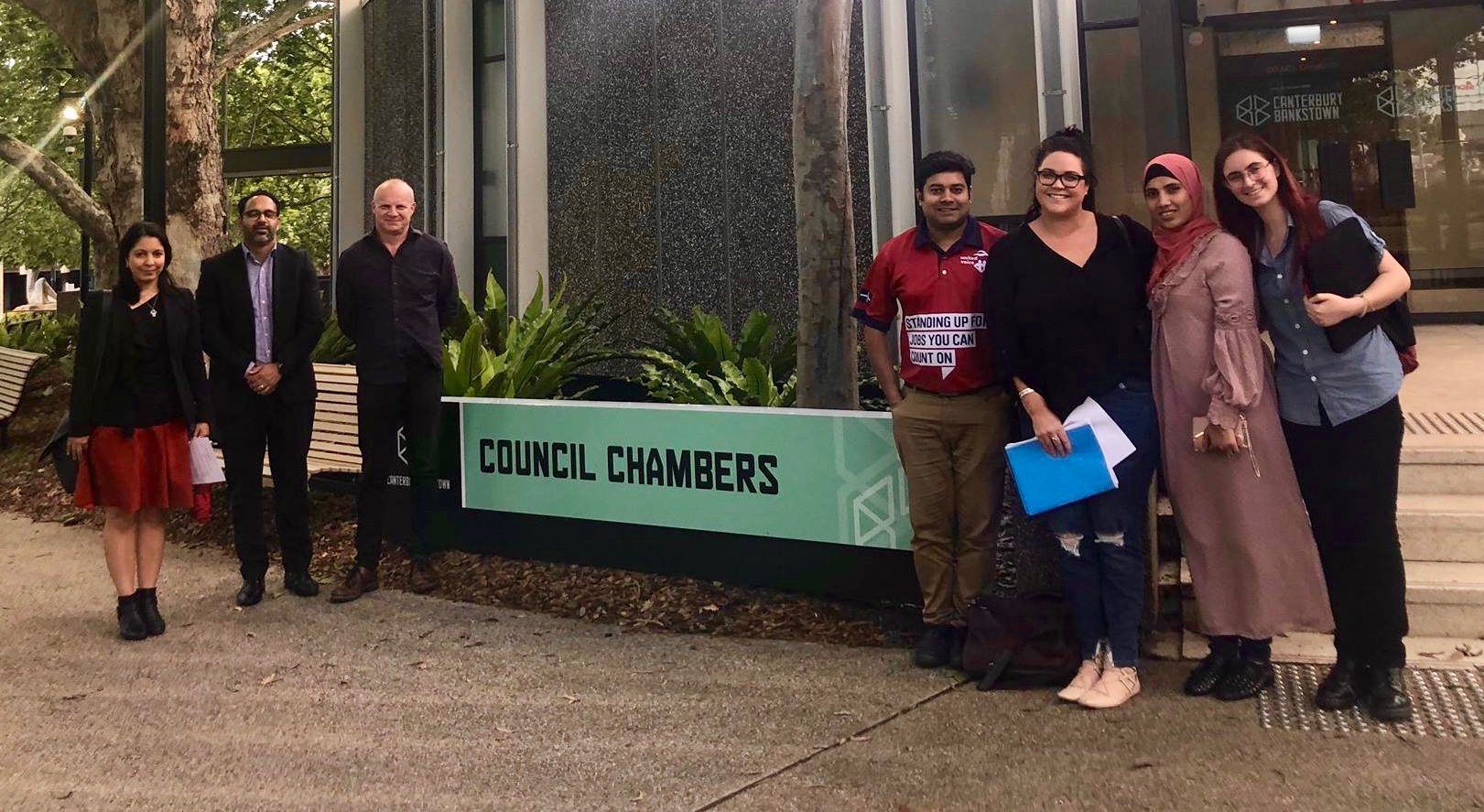 Following negotiations with council staff, this team of civil society leaders held a powerful meeting with Mayor Kahl Asfour. Rev. Trevor Jennings, Minister at Campsie Uniting and local Cant-Bankstown constituent took part in this meeting and shared a powerful story of a family his congregation are supporting who are struggling with no access to ECEC for their young daughter. The meeting worked to highlight the Council’s opportunity to exhibit vision and leadership.

Trevor was joined by Jono Hirt from the Sydney Presbytery and Christian Students Uniting, as well as Alex Hogan from the Social Justice Forum on the team leading this campaign.

In an Australian first, Canterbury-Bankstown Council has committed to a one-year pilot project through which 15 days of care for children seeking asylum will be provided, across 3 under-utilised centres in Punchbowl, Campsie and Lakemba. This care will be offered at very little or no cost.

Mayor Khal Asfour said, “It is vitally important children attend these early childhood services to develop their skills, including learning English, and to give them a good start to succeed in life”. He went onto say, “It’s equally significant parents have this time to improve their own English skills, find work to support their families and attend legal and medical appointments if required.”