Much to Celebrate, Much to Strive For 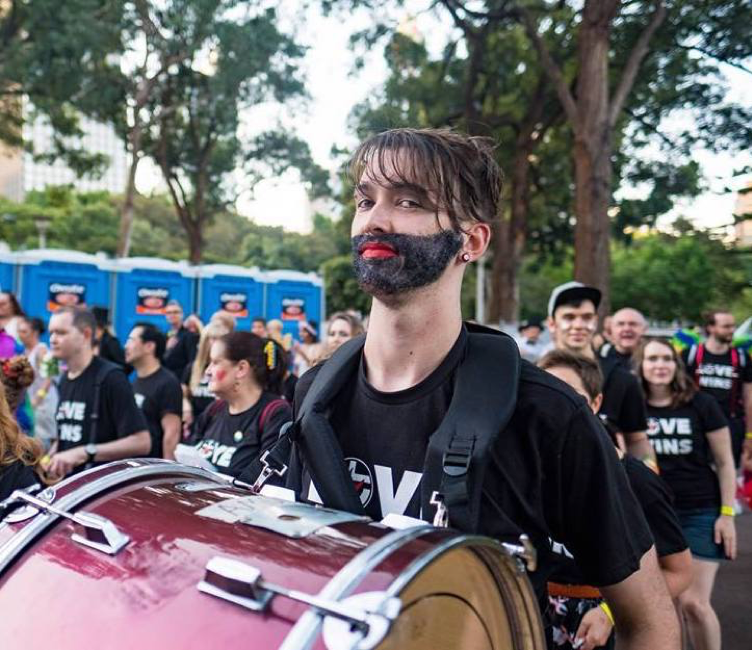 Greetings! My name is Andrew McCloud and I am the new Tertiary Ministry Organiser with the Presbytery of Sydney. I spent the last couple of years working at Leichhardt Uniting Church and Christian Students Uniting (CSU) at Sydney University. And now I am taking on a role to work with the Uniting Church’s young people across the Sydney region. More on this later. For now, let’s talk about the Uniting Church more broadly…

It’s a pretty amazing institution! We have a lot to celebrate.

You might not know this however, as most of the stories we hear about churches today are that they’re “dying”. In the case of Uniting Church, we’ve never been particularly great at sharing who we are and the amazing work we do!

The Uniting Church in Australia (UCA) was born out of a belief that the church should be one church, one denomination, rather than many different groups based on slightly different beliefs. And it believed that we needed to continue the practice of coming together, hence, “Uniting”, rather than “United”. This idea, to be one body together is incredibly important and subversive given the polarized and partisan world we live in. We cultivate a space where it is safe to ask questions, and we journey together because we don’t believe any one of us has all the answers.

Of course, we cannot get away from and should not shy away from the splits that have occurred in the UCA over the years. We are often the first to admit it isn’t easy and sometimes is incredibly painful. But anything worth doing in life will always be difficult. And we will never learn more about ourselves and our humanity than when it is difficult and challenging. In the life of any institution, we should never run away from our controversies or difficult moments. Instead, we need to lean into them. After all, “vulnerability is our way back to each other” – Brené Brown (more on this another time).

The reason I say all this is because in my work as the Tertiary Ministry Organiser for the Presbytery of Sydney, these challenges we face at the highest levels of the UCA are some of the same ones we face on the ground in university ministry.

When the Uniting Church first started university ministry over 25 years ago, it was called UCATSA. Uniting Church in Australia Tertiary Student Association. Yes I know. Don’t @ me.

It was the one of the student at the time Helen Travers who one day put up a sign that simply said, “Christian Students Uniting” (CSU). Without UCATSA, or Helen for that matter, CSU wouldn’t exist today. And throughout its 20 years as UCATSA and then CSU, thousands of students have been formed, mentored and discipled. 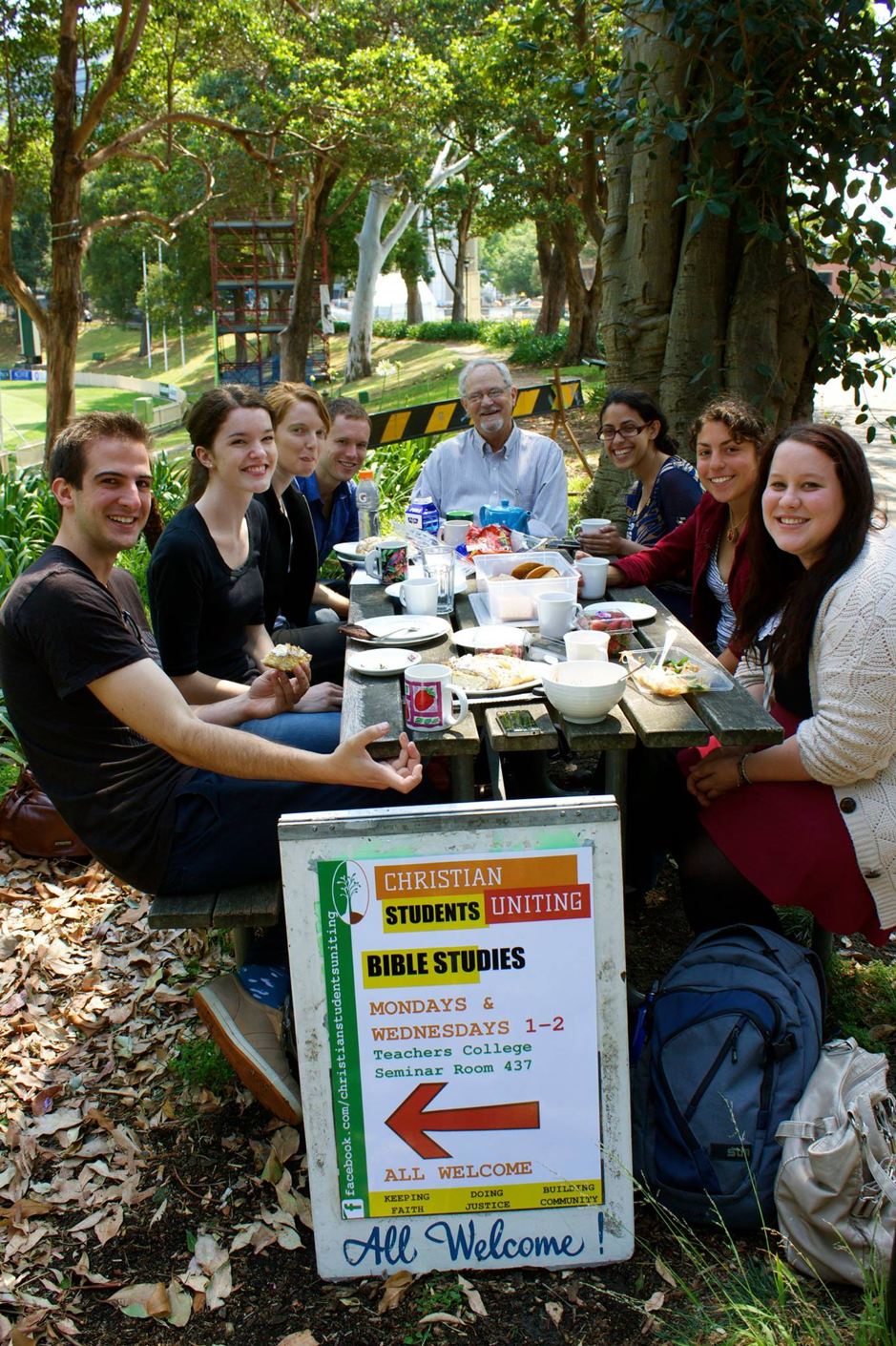 These days, the biggest challenge we have on university campuses is people being aware we exist, and that’s before they even get to understanding who we are. One of the biggest challenges for the church in the 21st century is convincing the world of its relevance, especially in countries like Australia.

You cannot be a citizen of the world and not be touched by religion in some way. As of a 2015 study, 2.2 billion people identify as Christian, 1.8 billion as Muslim, 1 billion as Hindu, Buddhists make up 511 million, Jewish people 15 million and Sikh 25 million (1). Considering the fact that Christianity, Islam and Judaism are all Abrahamic religions – this means more than half the world’s population follow faiths that have the same origins. It really should be no wonder to us that human beings look for, search and value spirituality. We are spiritual beings (2).

Despite these figures, faith often struggles to take a form young people feel is relevant to them. Our young people are the most educated generation in history with access to the entire encyclopedia of human knowledge available in their pocket. When they want to know something, they “google it”. AND young people have been at the forefront of every single movement for social change. We are living in an era of ever-expanding awareness of the diversity of humanity and increasing push for civil rights across many groups in society: women, women of colour, Indigenous, trans rights, intersex, people with a disability, lesbian and gay. Given the recent airing of historic wrongs the Church has committed, and its continued intransigence in the face of science and evolving sociological understanding, the church has perpetuated a narrative that it is merely a relic of history – one that society would rather forget.

And yet the Uniting Church has been at the forefront of attempting to correct this narrative. One of our biggest problems is that we haven’t shouted loud enough about it (and also good news stories are way less sexy than controversial ones).

So here is a list of some of the amazing aspects of the Uniting Church:

All of this work in the UCA listed above (and beyond) emerges from our commitment to follow Jesus! This work comes from a deep conviction that part of calling yourself a “Christian” is to be someone that works for justice in the world. Understandably, that isn’t most people’s experience of Christianity or the church. Christianity & discipleship isn’t meant to be ideological. Love isn’t ideological. And I would add, controversially, that if your experience of Christianity is ideological, it’s not preaching Jesus. That’s preaching something else.

In Christian Students Uniting (CSU) we talk about being “radical disciples; “radical” being derived from the Latin word “radix”, which means “root”. We are all about following the original, root teachings of Jesus. Dr Ben Cross (Dr in philosophy, really smart guy) has helped me put together a list of some of those core tenents:

In CSU we welcome anyone on the journey of faith that is striving to learn and understand and wants to do it alongside other people. And we know that young people are coming from all kinds of life experiences with questions about culture, society, politics and the place of faith and religion in the modern world. 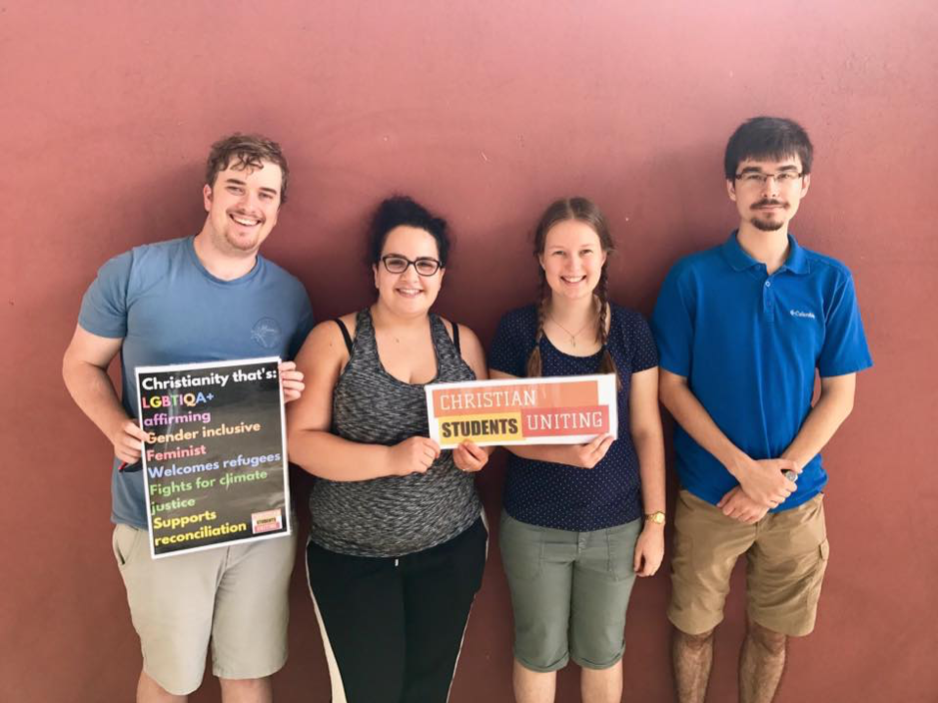 The Uniting Church wrestles with these questions and has answers to some of them. Answers that emerge from our history of working on these issues together. But that doesn’t mean they’re neat and tidy, well packaged answers. Amazingly, it is in our DNA as the Uniting Church that we read the bible and develop our theological understanding as we learn more about the world through science. It is literally in our CONSTITUTION – OUR FOUNDING DOCUMENT (3) that science and theology/religion/our faith are not in existence to compete with each other! How’s that for modern?

I truly believe the Uniting Church offers the most relevant and inspiring form of Christianity in Australia today. We are the church that strives to learn more about God and to deeply be in relationship with Her and work toward a world that lives from abundance. Understanding that there always has been enough for everyone, if only we make room at the table.

All of this makes us the natural ally to young people in our world today. Where society and even the church is wrestling with the question of its relevance, I am here to tell you, there is no church more relevant! We are the natural church for culturally and linguistically diverse young people wrestling with their faith in the modern world. We are the natural church for any LGBTIQA+, climate change fighting, reconciliation seeking, patriarchal heterosexist smashing young person that is searching for a place to belong – to know and be known, to love and to be loved and to celebrate and be celebrated.

(2) I understand where people take issue with spirituality is as “religion” and not “spiritual-ness”. This is a conversation for another time. I would add that religion/faith as ideology is what is problematic, not religion in and of itself.